This national survey shows that providing access to affordable health care is the top domestic priority for American adults.  Respondents say that federal and state legislatures should do more to address the issue, and give strong support to a number of tested ideas to help provide coverage to uninsured Americans.  They also prefer changes to the current health care system, rather than a system run solely by the federal government, by more than a two-to-one margin. 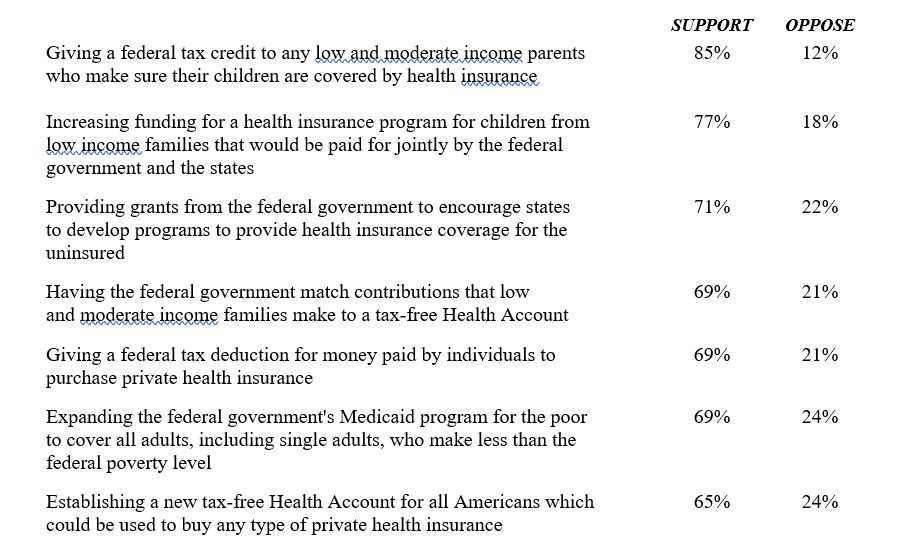